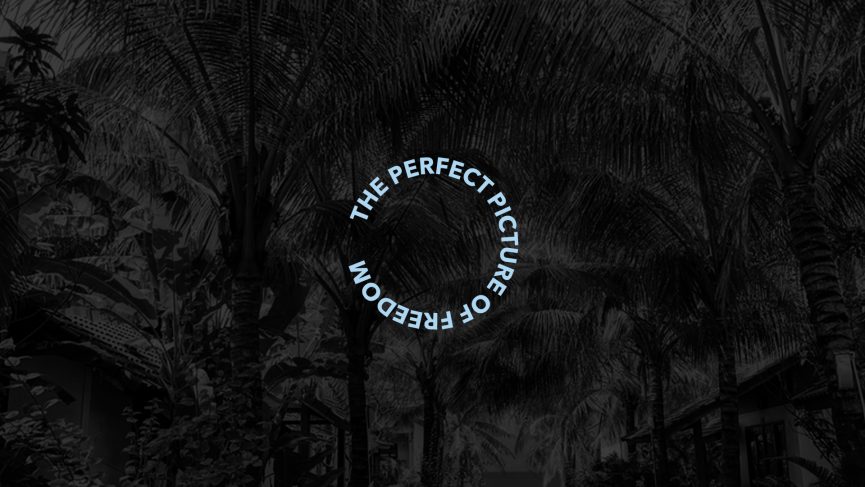 What comes to mind when you think of freedom?
Perhaps fireworks flash before your eyes, the national anthem rings in your ears, or you recall your class field trip to Washington D.C. We have a tendency to contextualize freedom as a political or national concept. Why? Because no one loves freedom as much as America. “Land of the free” is instilled in us from the time we are children. We live in the land of fast cars, deep-fried everything, red-white-and-blue tank tops, and freedom— unapologetic, in-your-face freedom.

However, freedom goes so much deeper and has been around so much longer than the USA. The Bible mentions freedom over 300 times, and it was written over a millennium before The Declaration of Independence, The Star-Spangled Banner, or the Popeye’s chicken sandwich recipe. All of these things are wonderful, but they aren’t a perfect picture of freedom. They’re only a fragment of true freedom. If you want the full picture, then you need to go to the very beginning of Scripture. In a place called the Garden of Eden, we get a glimpse of authentic freedom.

READ: Genesis 2:8-9 & 16-17
“Now the Lord God had planted a garden in the east, in Eden; and there He put the man He had formed. The Lord God made all kinds of trees grow out of the ground—trees that were pleasing to the eye and good for food. In the middle of the garden were the tree of life and the tree of the knowledge of good and evil… And the Lord God commanded the man, “You are free to eat from any tree in the garden; but you must not eat from the tree of the knowledge of good and evil, for when you eat from it you will certainly die.”

The first two chapters of Genesis tell the story of humanity. It introduces two people, Adam and Eve, who who were shameless, happy, and connected while frolicking around an evergreen garden. They were shameless despite being unclothed. They were happy with each other and all God had given them. And they were deeply connected to both God and each other. There was no obstacle between them and God’s presence. They could walk with Him, talk with Him, and deeply connect with Him. For them, visiting God was just as easy as you walking to another room in your house.

It’s within this garden that we find God’s intention for us. We were all created for unbridled contentment and connection, but something horrible happened. And it all started with some fruit.

Have you ever noticed how fruit looks irresistibly delicious in cartoons? Look up that scene from The Lion King when the monkey wizard pops open a juice-dripping pomegranate to anoint Simba’s forehead. It looks incredible! I am certain that all the fruit in the Garden of Eden had that cartoon appeal. It was colorful, plentiful, and theirs for the taking. They had everything they needed to be full and happy. God said that they were “free to eat from any tree in the garden” except for one.

There was one regulation in original creation. God commanded, “You must not eat from the tree of the knowledge of good and evil.” People often push back, “Why did God even give them an option to sin?” Simply put, it’s because God wants us to be free. Freedom doesn’t look like mind-control where people are puppets. In order for freedom to exist, there must be free will as well. Just like we cannot comprehend light without seeing the dark, freedom cannot exist without the option of rebellion. Unfortunately, Adam and Eve sinned and ate from the fruit of the other tree. At the instant of disobedience, sin became a barrier between their position and God’s intention.

Their shamelessness became shame, and they covered themselves and hid from God. Their happiness was polluted by a need to hustle hard in order to work for food, shelter, and success. They ultimately had to struggle to experience satisfaction. Their connection instantly transformed into separation from God and each other. This garden story represents the worst exchange in all of human existence— liberty for captivity.

God wants you to go back to the garden. Not literally eating only fruit while wearing clothes made of kale. That’d be weird. However, through Jesus, God has removed the chains that lead to shame, discontentment, and separation. Jesus has set you free— moving you out of captivity and into liberty. When they sinned in the garden, humanity was separated from God. When Jesus broke out of the Garden Tomb, we were reunited with God.

Jesus moved you from captivity into liberty. Live in liberty.

TALK IT OUT
Go through these questions with your circle. Be honest. Be open. Talk through the tough stuff.
Q1: What’s your favorite fruit?
Q2: What does the story of Adam and Eve teach us about freedom?
Q3: Why do you think God gave Adam and Eve the option to rebel?
Q4: Eve traded her freedom for a good looking apple. What kind of things do we trade our freedom for without realizing it?
Q5: What’s one thing you can do this week to be more shameless, content, and connected to God?